A look back at a meeting of TIP members in Eurosoftware s.r.o.

Another traditional face-to-face meeting of TIP members took place in mid-October. This time, we welcomed them in Eurosoftware s.r.o., whose owner is the Chairman of the TIP organisation, Mr. Stephan Kronmüller.

Eurosoftware s.r.o. was founded in 1997 as a subsidiary of GK Software SE, and during its operation it has built a reputation as one of the leading IT companies in the Plzeň Region. It deals with the development of applications for international retail chains around the world. At the same time, it devotes itself to the research of new technologies, which it then uses to develop innovative IT solutions.

The company is based in the beautiful premises of Kalikovský mlýn in the centre of Plzeň, which in addition to offices also houses a large sport centre, including squash courts, which is designated for the company’s employees’ sports activities, and in which the TIP members’ meeting also took place.

Representatives of participating companies first had the opportunity to find out something about the history of Eurosoftware s.r.o., its current activities and future plans. They also familiarised themselves with some specific results of the work of the student laboratory, in which the company gives students the opportunity to gain their first practical experience in software solution development; last but not least, they had the chance to try to control drones prepared by drone enthusiasts from the ranks of the company’s employees. An interesting novelty was a presentation of hydrogen-powered cars, one of the many activities of the non-profit organisation Nvias, whose operation TIP has long financially supported.

The pleasant event was accompanied by a banquet, and culminated in a collective dinner in the Kalikovský mlýn restaurant.

We’re already looking forward to the next face-to-face meeting in other companies associated within the TIP organisation, and we wish all members a successful start to the new year! 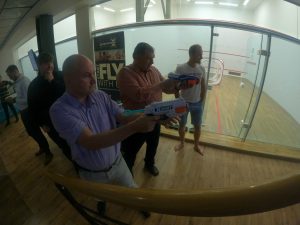 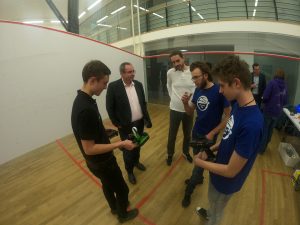 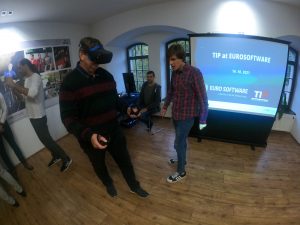 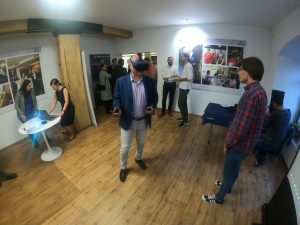