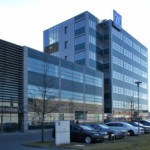 The company ZF Engineering in Plzeň is expanding. Today, the grand opening of a new development center building, which is among this German group’s 7 top development centers in the world, took place. In Plzeň, ZF constructs and tests motor vehicle components, programs and tests software, but also builds prototype components. Currently, there are more than 250 employees employed at the ZF development center in Plzeň. ZF has ambitious plans in Plzeň; it intends to continue to greatly increase the number of its employees. The ZF group recently merged with the TRW group and thus became a company with more than 130,000 employees.

Besides ZF group managers, participants in the festive day included the mayor of the city of Plzeň, Martin Zrzavecký, and the rector of the University of West Bohemia, Miroslav Holeček. Mayor Zrzavecký pledged maximum support for the ZF group. He stated that the city’s leadership is making an effort to expand the image of the city. “Today, it is a city of beer, engineering, sports and culture. However, Plzeň is also becoming a city of research, development and innovation. This modern trend, which the city of Plzeň is supporting on a long-term basis, is also being fulfilled successfully thanks to projects such as the expansion of the ZF development center. I perceive the ZF group as a socially responsible company that has its irreplaceable position in Plzeň among employers of highly qualified technical personnel”, Zrzavecký stated.

The rector of the University of West Bohemia, Miroslav Holeček, expressed pleasure in regard to the number of graduates of technical fields who are finding positions at the ZF development center in Plzeň. Upon the occasion of the opening of the new development center building, rector Holeček offered the representatives of the ZF group more long-term and deeper collaboration between the ZF group and four development centers of the University of West Bohemia in Plzeň – the European Centre of Excellence (New Technologies for the Information Society) and three regional centers: RICE (Regional Innovation Centre for Electrical Engineering), RTI (Regional Technological Institute) and NTC (New Technologies – Research Centre). “Contact points of research and development are clearly evident and the synergy thus brings about its fruit for both parties”, rector Holeček said to a representative of TIP after the completion of the official segment.

The managing director of ZF Engineering Plzeň, Mathias Eickhoff, thanked all of the participants who were involved in the realization of the challenging project, particularly his predecessor in the role of the managing director of the development center, Robert Ingenbleek, design firm TEBODIN, and construction company Berger Bohemia. “Everyone performed work on a professional level”, Eickhoff said.